Thank you so much to our donors! 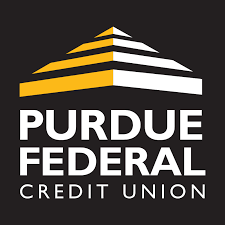 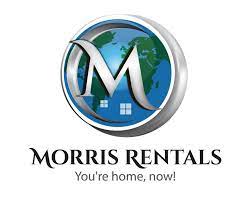 The Official Horse Treat of the Purdue Equestrian Team

If you know anything about horses, you know that they are expensive. The Purdue Equestrian Team is a completely self funded team, and we rely heavily on donations to take care of our horses. For this reason, we have a SmartPak Wishlist with items that we both need/want. We aspire to provide the upmost care for our horses and cannot do this without outside support. Donations are eligible for tax write offs, and our wishlist can be found here! We also accept donations of used tack and clothing. For any questions regarding donations, don’t hesitate to call us. Thank you for supporting The Purdue Equestrian Team.

The Jerry Steinmetz Legacy Fund
Jerry Steinmetz founded the Purdue Equestrian Team in 1980 to allow Purdue students of all riding abilities to develop riding and horsemanship skills. Throughout his 37 years as coach, Jerry has worked tirelessly to keep involvement in the team inclusive, affordable, safe, and above all else fun and educational. Jerry has passed his commitment and dedication to the team down to his daughter, Krista Steinmetz, who after competing on the team and serving as assistant coach will take over as Head Coach as Jerry begins the transition to retirement.

The Purdue Equestrian Team is part of Zone 7, Region 1 of the Intercollegiate Horse Show Association (IHSA). Participation in IHSA is tantamount to the team’s success. IHSA promotes competition for riders of all levels of ability, both individually and as
a team. Jerry has been an integral part of IHSA, ensuring the team’s involvement, helping individuals and the team secure numerous awards and serving as the Zone 7 Chair. In 2002, IHSA awarded Jerry the coveted IHSA Lifetime Achievement Award.

To date, Jerry has had ten teams finish in the top 10 at IHSA Nationals, and he has taken a total of 20 teams. He has had individuals compete at 30 National Finals, with 11 Cacchione Cup Finalists. Past and present teammates agree that it is Jerry’s dedication to the team and horses that has ensured this success.

The 2016-2017 academic year is of particular importance to the team, as it marks Jerry’s 70th birthday as well as his final year as Head Coach of the Purdue Equestrian Team. Therefore, to commemorate Jerry’s dedication to the team, the 2016-2017 team has decided to create the Jerry Steinmetz Endowment Fund.

In order to ensure establishment and success of the endowment, we are asking past and present team members, active participants in the horse industry, and supporters of the Purdue Equestrian Team to contribute.